Archival Pens and Markers for CDs and DVDs

The use of DVD and CD archival pens or archival markers is a very cheap, quick, and convenient way of labeling optical disc media. This method of labeling recordable and rewritable CDs and DVDs and other optical discs such as Blu-rays is also considered safe and will not cause damage to optical disc media in the short or long term if certain rules are followed.

Writing on the Hub of Optical Discs

The best place to label an optical disc is in the clear hub portion (the portion around the inner hole of the disc) of the disc and this is because there is no information stored in this area of the CD, DVD, or Blu-ray disc. The arrow in the image that follows points to the clear hub area of the disc. 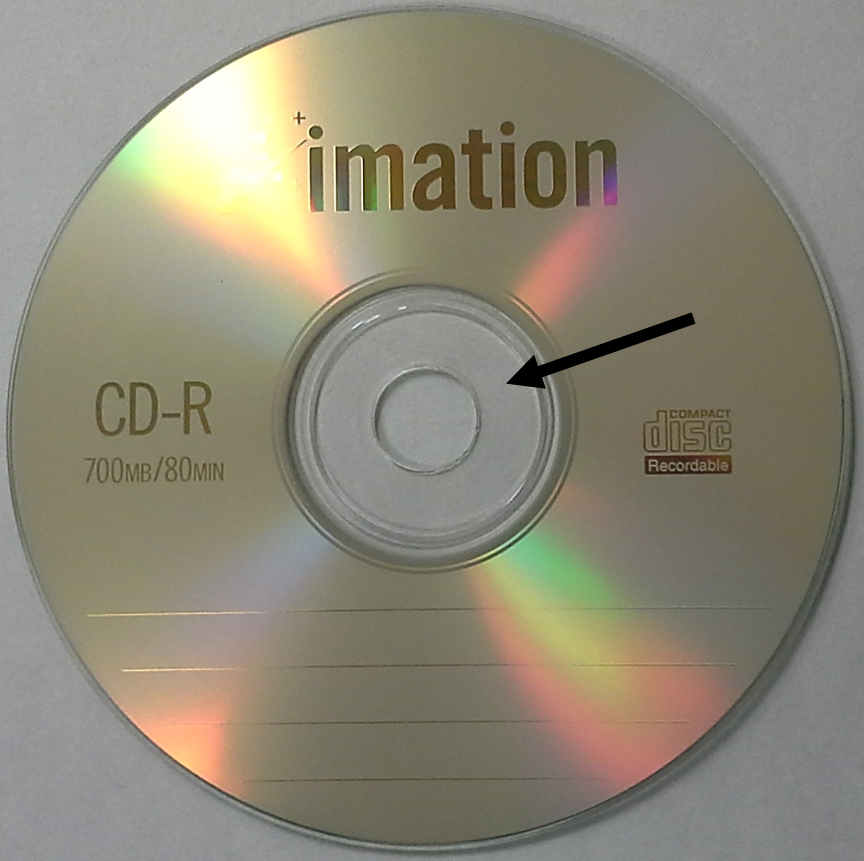 Therefore, there is no concern about using the incorrect type of DVD or CD archival pen or archival marker. If a more reactive pen is used, but labeling or writing is restricted to the hub area, then no information will be lost should degradative chemical reactions occur as a result of the pen or marker.

The problem with labeling in the hub area is space because there is not much of it. It is impossible to write a long descriptive sentence about the disc contents in such a small area. Descriptions need to short. An alternative is that a code (text, numerical, or alphanumeric) can be written and cross-referenced to a database or text file with more descriptive information.

Often, serial numbers are printed in the hub area. Sometimes, but not always, these numbers are unique for each disc and these can be used and cross-referenced to another source with more detailed information. The image below gives an example on printed serial numbers on a CD hub. 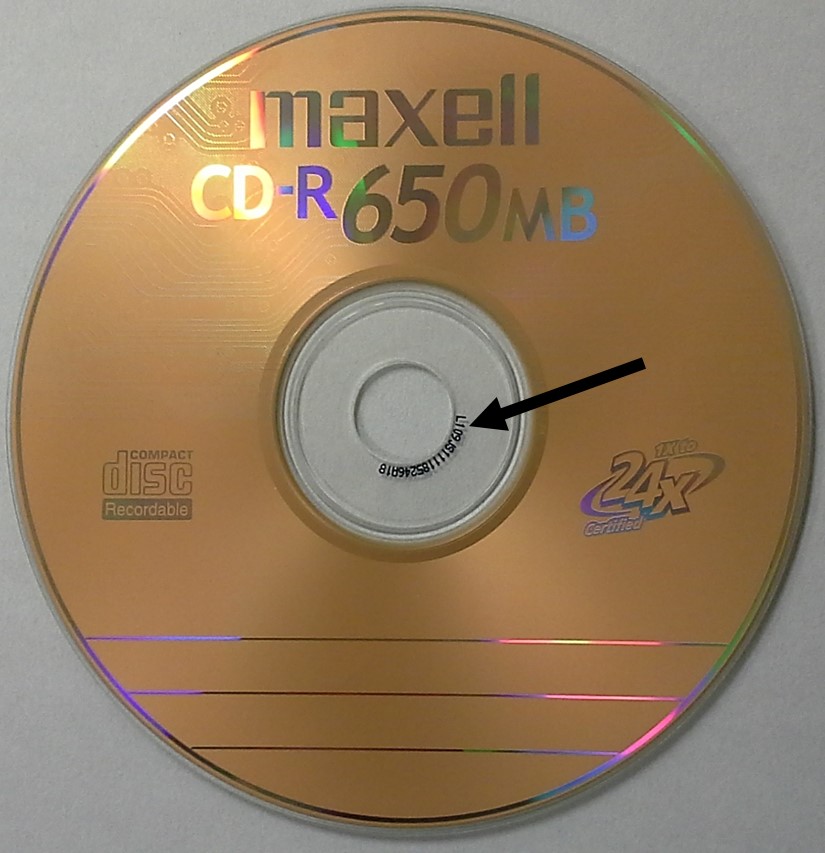 Although this is not ideal because you cannot immediately identify the disc contents it is a good alternative when the CD label needs to be more descriptive than just a few words.

Also, in some cases the hub area may be obscured by other labeling or manufacturer printing. In these cases, labeling will have to take place in areas of the disc where information is recorded underneath.

When deciding to write on a CD, DVD, or other optical disc in the non-hub area as shown in the picture below, then it is important to use only a soft felt tipped archival pen or archival marker. 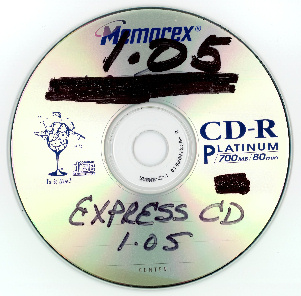 Avoid using any writing device that requires pressure to write on the optical disc such as a pencil or regular ink pen. Using minimal pressure to write is especially important with CD media, because the sensitive layers containing the stored information are very close to the top of the compact disc and in fact immediately underneath a thin top protective layer. Applying pressure will cause indents in the metal reflective layer within the disc and likely ruin the disk. By writing in the hub area, this is avoided because there is no metal layer and information in this location.

For DVDs, the sensitive information layers are in the middle of the disc structure and for Blu-ray discs the information layers are completely at the other end of the disc. As a result, when pressure is applied, it will have less of an effect on these discs and metal layer damage is unlikely. Nevertheless, it is best to use as little pressure as possible when writing on any type of optical media just to be sure.

Next, it is important to choose the correct formulation of archival pens or archival markers for writing on CDs, DVDs, or other optical disc media. The marker should be a water-based permanent one and not solvent based in order to prevent early degradation of optical disc media. Solvent based archival pens or archival markers may damage the protective coating of CDs and result in damage to the information layers immediately underneath the protective layer. As was previously stated, this is less of an issue with DVDs and Blu-ray discs because the information carrying layers are deeper in the disc structure. However, as a general rule, even for these disc types, a water-based permanent marker is best.

Note that just because a manufacturer states that their archival markers or archival pens are safe for CDs and other disc media does not necessarily mean that this is so. Very little research has been performed to verify the safety of specific brands and types of markers in conjunction with their use on CDs, DVDs, and Blu-ray discs.

In the above image is shown a CD-R pen. The information on the pen simply states that it is waterproof for CD/DVD use. Often other statements will be found about these markers such as "suitable for use with CDs/DVDs" or "specifically designed to write on discs". These statements do not say that over the long term the pens will be safe and not damage discs. Therefore, it is important to carefully examine what is actually being said about the archival pens.

Therefore, despite claims being made by manufacturers, it is best to stick with the basic rules already stated and summarized below.

To minimize disc damage and loss of information, write only on the clear inner portion of the disc. This is especially important with CD media and not as critical for DVDs and Blu-rays.

Use a water-based felt tip marker. This property is especially important if labeling a disc with an archival pen in the non-hub area. Read the product literature to ensure the pen or marker is water-based and solvent free. The literature sometimes will state that xylene and toluene are not used and this may be an indication that solvents are not used. It may also say that the ink will not penetrate into the disc layers, another indication that it is water-based. However, the literature about the CD/DVD pen should specifically state that it is water-based to be sure. The EMG Optical Media Pen is a recommended writing device for CDs, DVDs, and Blu-rays optical discs.