A broken CD or DVD or other type of optical disc such as a Blu-ray is a serious problem and one that will likely lead to loss of information stored on this media.

A broken optical disc refers to a disc that has split into two or more pieces or perhaps a disc simply missing one piece. Depending on the amount of damage, some or all of the information may be recoverable.

Broken CD or DVD is Not Repairable

If the CD, DVD, or Blu-ray disc has broken into two pieces, the disc is not repairable, cannot be fixed, and is a lost disc. You cannot glue the disc back together and expect it to be playable. 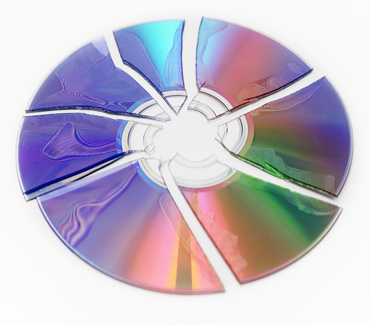 This is because the disc will no longer be flat, it will no longer be balanced, and the microscopic spiral tracks will not line up properly. If a broken CD, broken DVD or Blu-ray is glued back together and then played, the likely scenario is the glue will not hold under the high spin rate of a drive and the repaired or fixed optical disc will come apart in the equipment. In this situation, it is likely the optical drive will be damaged or require extensive cleaning prior to being used again.

Recovery of Information from a Broken Disc

All hope is not lost however, because a broken CD or DVD with a missing piece or pieces may still be playable or readable. This scenario applies when there is a chip or piece missing on the outer portion of the disc. CDs, DVDs, and Blu-ray discs play from the inside out. If there is a chip missing on the outer portion of the disc, it is likely that all the stored information is intact unless the disc was recorded to capacity and written all the way to the outer edge. This is illustrated in the image below. It is clear that the chip in the disc has resulted in the physical loss of information. All the information on the disc is still present. 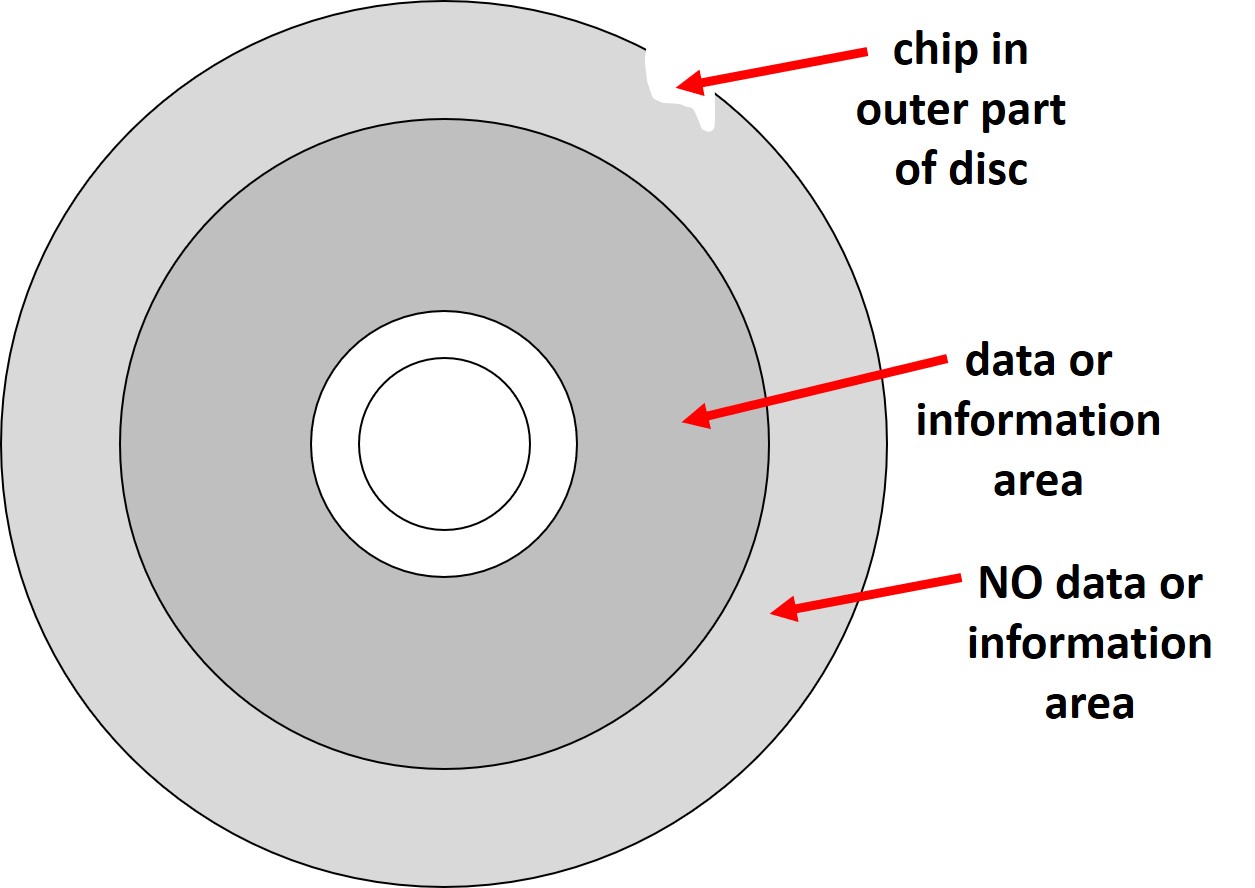 Even if the information was written all the way to the edge, if the chip is small, the error correction system should be able to compensate for the missing information.

However, the problem is the actual playing of the disc. Because there is a chip missing, the disc is likely out of balance. The drive may or may not be able to play such a disc; it all depends on whether the disc is able to settle down in the drive. Even if it starts to play, problems may become evident as the outer portions of the CD, DVD, or Blu-ray disc are reached because the imbalance would be more pronounced there as opposed to the inner portion of the disc. There would be less wobble on the inside or beginning portion of the disc. Copy as much information as possible before the disc fails.

In summary, a broken disc cannot be glued back together and is a lost disc. A disc with missing pieces may still be playable if the pieces are small and located on the outer portion of the disc. Only if absolutely necessary should a broken or chipped disc be played since playing a disc that is damaged in this way may lead to the disc shattering in the drive and ruining not only the disc but the drive as well. Even if the disc does not shatter, the disc imbalance can stress the mechanical components of the drive and damage them as well.