The DVD movie disc structure is explained in detail on this page.

Actually, regardless of whether the DVD is a movie disc or ROM disc or audio DVD, as long as it is a read-only disc, where the information is placed on the disc when it is manufactured, then the structure of the single-layered disc is as illustrated below. 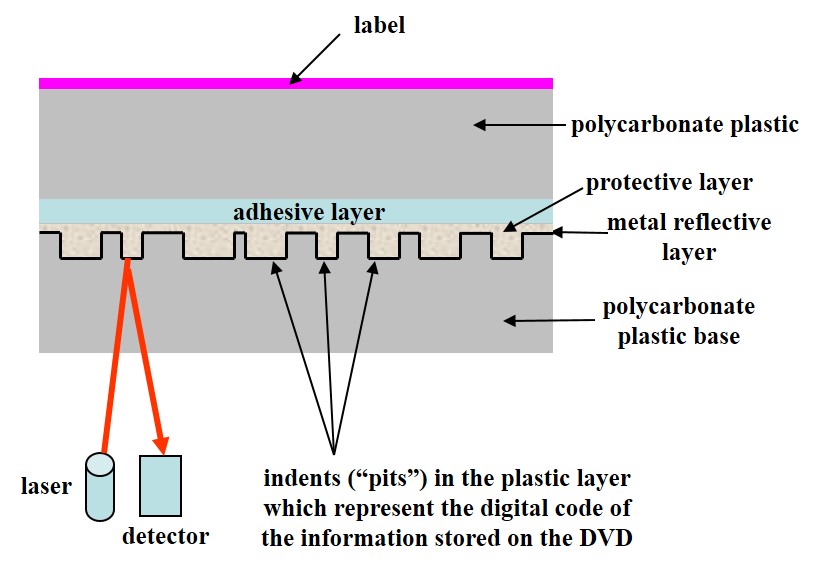 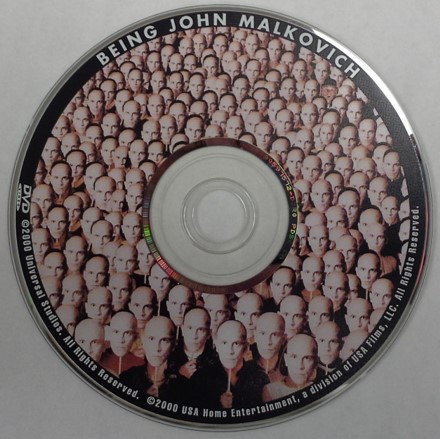 First of all, the DVD is the same size and thickness as the CD. However, the pits or indents in the plastic that represent the digital information are half the size of those on a read-only CD. The spiral pattern of tracks on a DVD, that starts from the inner portion of the disc and moves outwards, is closer together by a factor of about two when compared to a CD. This means more tracks of pits compared to the CD. Both of these factors allow for a greater storage capacity when compared to CD, but consequently this requires the use of a slightly different laser to read the disc. A CD uses a 780 nm laser, whereas a DVD used a 650 nm wavelength. The smaller wavelength allows for a smaller spot size for the reading laser, tiny enough to read the small pits on a DVD.

DVD is Two Discs Glued Together

As for the disc itself, the DVD is actually two discs, half the thickness of a CD, glued together as shown in the DVD movie disc structure image above. So, in contrast to a CD, where the pits representing the digital information and the metal reflective layer are near the top surface of the CD, a DVD has these layers sandwiched in the middle of the disc structure. This provides more physical protection for these layers because they are protected by 0.6 mm of polycarbonate plastic on either side. The metal layer and plastic material used for the base of the two halves of the DVD are made of the same materials as are used in CDs. As with a CD, a DVD read-only disc has a label on the top surface of the disc which describes the disc contents.

One concern for DVD movie discs and other DVD format discs that is not an issue for CDs is the adhesive layer and how it will behave as the DVD discs age. If the adhesive degrades over time, then it might fail and cause a DVD disc to delaminate into two halves. This would ruin the disc. Manufacturers use accelerated aging to test the effectiveness of the adhesive but these tests are very short term simply to see whether the adhesive holds or not. In the longer term, a different result is possible. Fortunately, to date, there have been no widespread reports of DVDs separating into two halves.

Another problem related to the adhesive is poor manufacturing of the disc. In some circumstances, there can be improper application of the adhesive as illustrated in the following image. 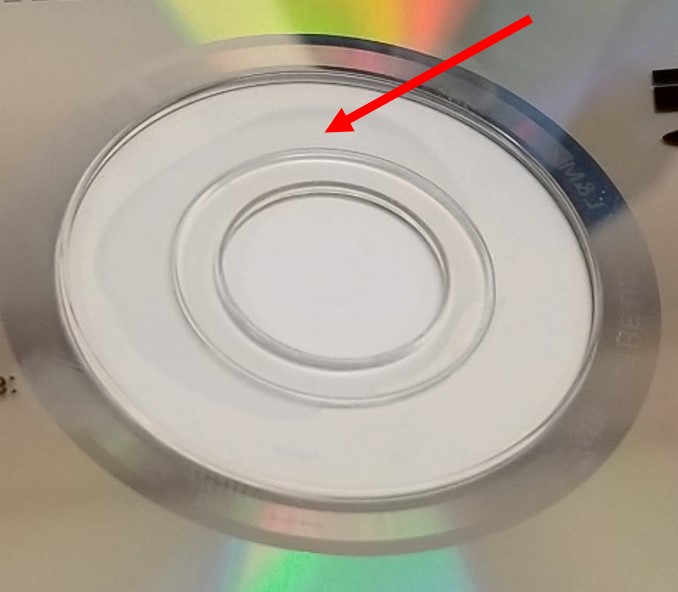 In the image is a close-up view of the hub of a DVD movie disc. The arrow points to an area of the hub where the adhesive that glues the two halves of the DVD together is not present. This creates a significant weakness in the disc structure in the hub area and can lead to separation of the dis layers when stress is applied to the hub.

In addition, it is not known if the adhesive bonding the two DVD disc halves together will chemically react with and degrade the other disc components over time. This type of chemical reactivity would not show up in the short term accelerated aging tests used by manufacturers. However, a scientific study published in the Restaurator journal looking into the stability of DVD disc formats, indicated that there is a strong possibility of aggressive chemical reactivity of some bonding adhesives used in DVD manufacturing.

Below is a cross-section diagram of a single-layer but double-sided DVD read-only disc. Once again, as with the single-layer disc, the metal and data layers are sandwiched in the middle of the disc structure, but one exists on either side of the adhesive layer. There is no labeling on the surface of the disc. 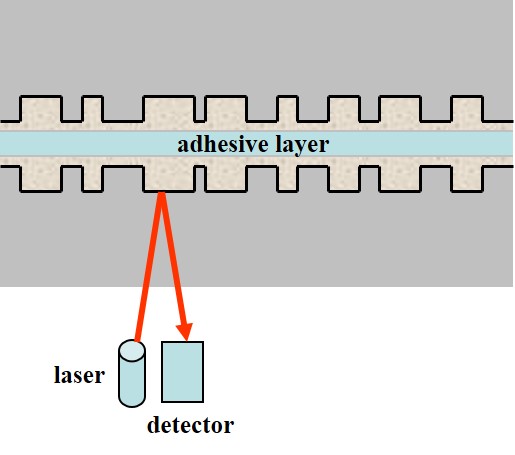 The cross-section below illustrates a read-only DVD movie disc and other similar read-only DVDs with two data layers readable from one side. This is the most common DVD movie format. The top side of the disc, is simply a dummy disc with no information layer and only a label on the top. 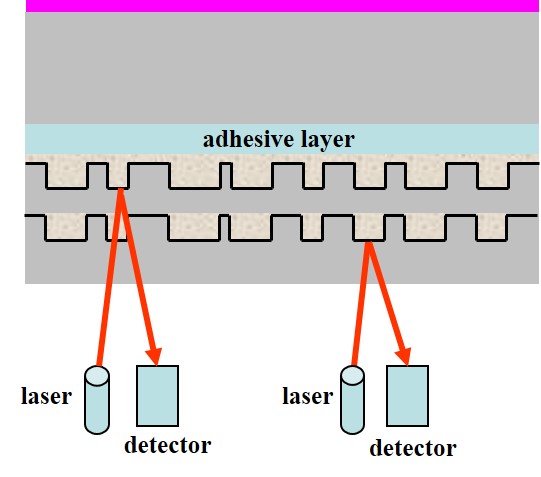 Below is a schematic of a dual-layer and double sided read-only DVD. There are four information layers, two that are readable from each side of the disc. This type of disc, also does not have a label on the top of the DVD. 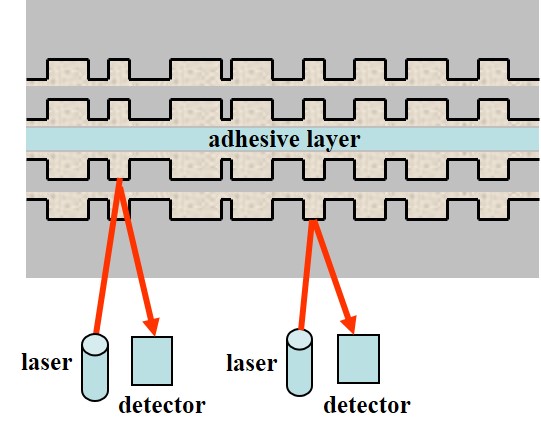 There are four different configurations possible for the read-only DVD or DVD movie disc. However, the stability and lifetime of the disc formats are linked to whether the disc is a single information layer disc or a dual one. Estimates for the average longevity range of single-layer and dual-layer DVDs is low at 10 to 20 years, with the dual-layer disc being lower in stability. This value is much lower than for read-only CDs and is due to the issues mentioned previously on this page.