DVD RAM versus DVD-RW and DVD+RW

Although these discs are the same size (some RAM discs are available in the smaller 8 cm size) as the DVD-RW and DVD+RW erasable formats and use the same or very similar phase change technology to store information, there are some significant differences in these discs.

RAM stands for Random Access Memory and the DVD RAM disks behaves more like a hard drive than an optical disc. The data is not stored on a spiral like on other optical discs, but rather in concentric circles like hard and floppy disks. These concentric circles are further divided into sectors. The image below shows a portion of a DVD-RAM viewed from the base side of the disk. The sector divisions are evident, something which is not seen in other optical discs such as CDs, DVDs, and Blu-rays. 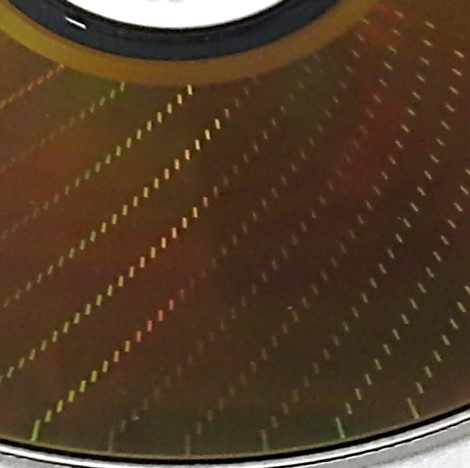 The DVD-RAM format is generally thought of as a better format for backups and data storage when compared to the other erasable DVD formats and provides better error verification systems and random access speed.

The popularity of the DVD RAM discs is mostly with camcorder use and other similar applications due to the fact that the information stored on these discs can be easily edited, something which cannot be done with the other DVD erasable media. These other media normally require erasing of the whole disc in order to add new information to the disc. 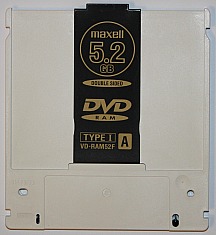 Initially, these discs could only be used in a cartridge format as shown by the image on the right, but as the format evolved, it was realized that to increase compatibility with standard DVD drives, the cartridge had to be eliminated. Otherwise, a specific DVD RAM drive that can accommodate the cartridge would be required. However, without eliminating the cartridge altogether, this capability was achieved by producing cartridges which allow the removal of the DVD RAM disc so that it could be used in a standard DVD drive. By depressing a little tab on the RAM cartridge, the edge of the cartridge unlocks and is able to be opened so that the disc can slide out easily. This feature is shown in the picture below. 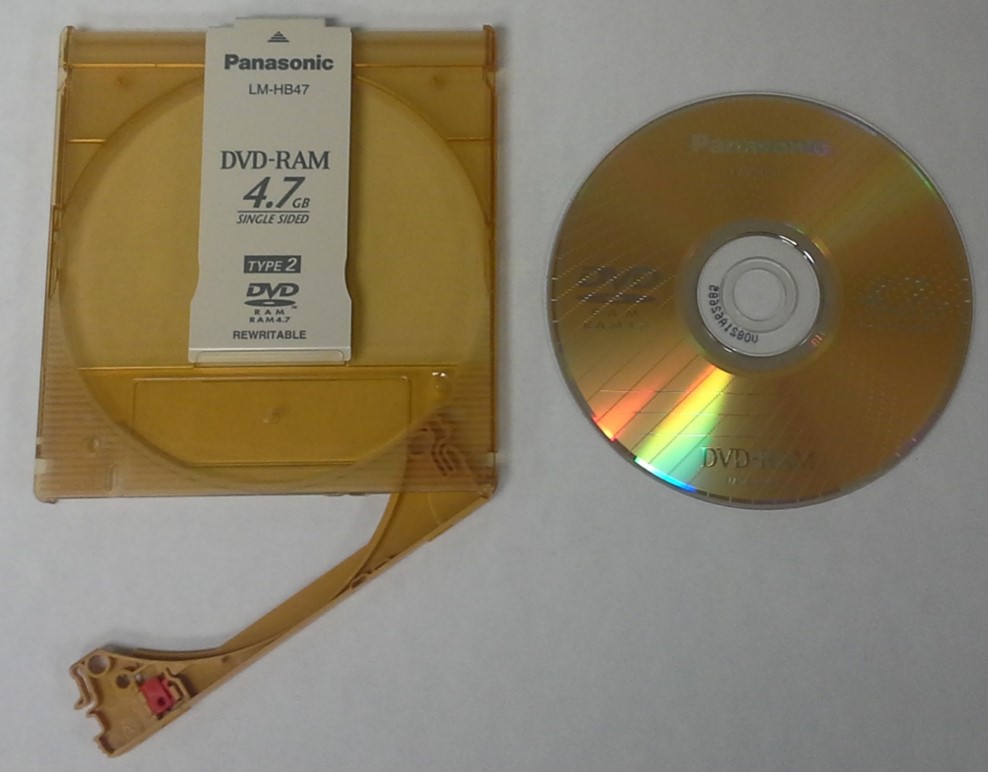 DVD RAM disks can be single sided or double sided and the capacity depends on the version of the specification that the discs follow. For example, for version 1.0 DVD RAM media, single sided discs have a storage capacity of 2.6 GB, whereas version 1.0 RAM media that are double sided have a storage capacity of 5.2 GB. If the DVD RAM discs follow version 2.0 of the specification, then the single sided disk can hold 4.7 GB and the double sided version can hold 9.4 GB. The creation of the version 2.0 RAM media with the 4.7 GB capacity resulted in this format being more in line with the DVD-RW and DVD+RW formats which have the same capacity. An image of the four different DVD RAM formats is provided below. 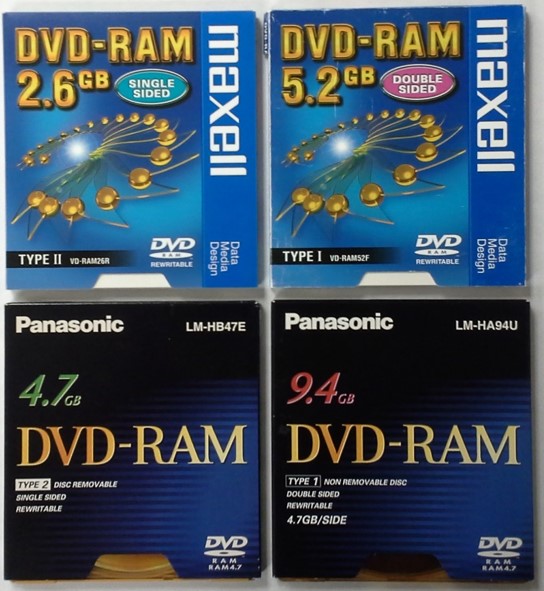 The problems with the RAM format are higher cost than other DVD erasable media, compatibility issues, and low popularity of the format which makes purchasing this media a little more difficult. It is generally not a format that is often used by the average consumer.

As of 2018, it is getting harder to purchase new DVD RAM media. Whenever it is available for purchase from a vendor, it is usually only the 4.7 GB or 9.4 GB formats disks that are sold. The 2.6 GB and 5.2 GB formats are difficult to find for purchase and in many cases not available at all from the typical storage media vendors.