CD ROM stands for compact disc read only memory. Some also refer to it as read only media. This format of CD was introduced in 1985, three years after the introduction of the audio CD.

It is as stated in the acronym a read-only format and its physical composition or disc structure is the same as the audio CD. The capacity is 650 MB for earlier discs or 700 MB for later ones.

Storage of a Variety of File Types

Now, the standard audio CD was designed to store digital audio in a standard format, it was not useful for other types of files.

Therefore, the CD-ROM format was created to store and distribute many different types of information such as computer software that was previously distributed on several floppy disks, computer games, text, audio, video, photos, graphics, and more. Examples of the different varieties of CD-ROM optical discs is illustrated in the photograph below. 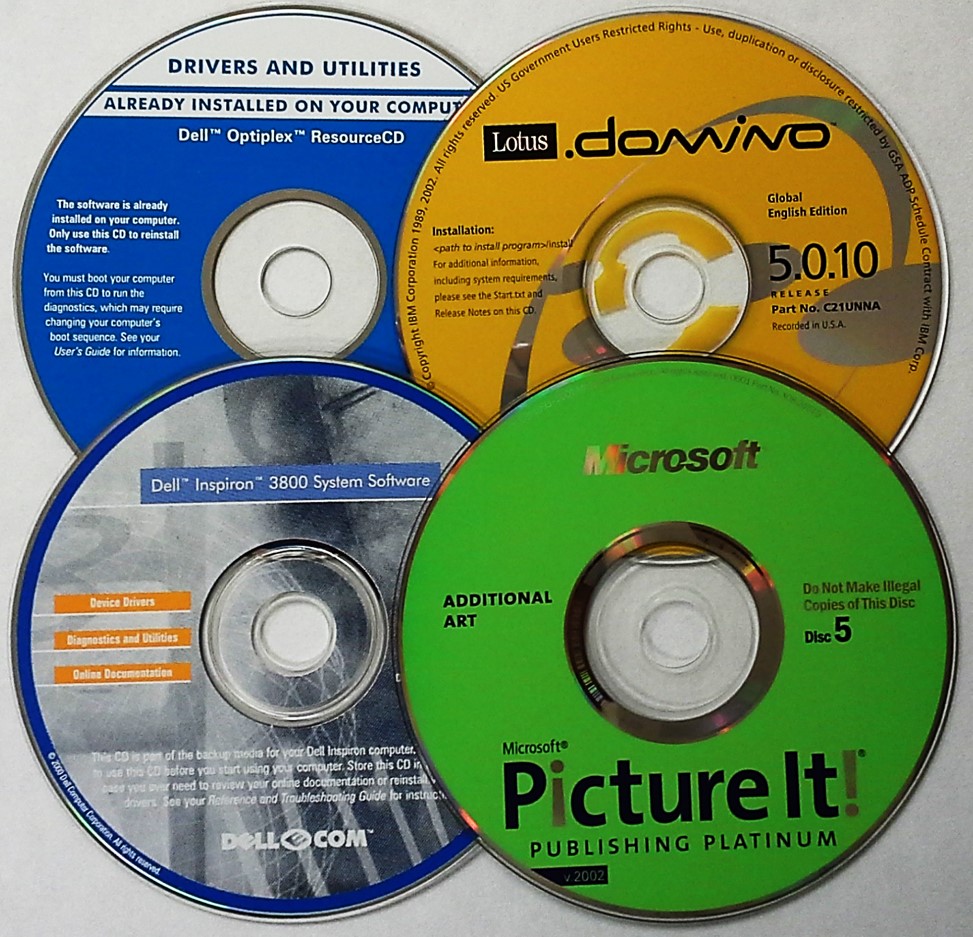 The standard specifications for this type of disc are laid out in the Yellow Book, and these specifications must be followed for a disc to be considered a CD-ROM. There are additional and more specific standards associated with CD-ROMs such as, ISO 9660:1988 - Information processing - Volume and file structure of CD-ROM for information interchange, that define directory and file structures so that there is standardization and compatibility. This results in CD-ROM discs be able to function as expected in any CD ROM drive.

CD read-only memory discs basically store information in two ways: Mode 1 for computer data and applications and Mode 2 for compressed audio or video or graphic data. When information is stored in Mode 1, there is a significant advantage over Mode 2 and Red Book standard audio CDs. The advantage is an extra level or essentially more error correction. Audio CDs may contain errors and still play. Missing information is simply blanked out (concealment) or approximated (interpolation) and filled in. This allows the audio CD to be played without stopping, which of course is a very desirable feature. However, with computer data, computer software, and other similar applications, there can be no errors. Data cannot be lost and/or approximated, otherwise the software will not function properly or the data would be corrupt. Therefore, the extra level of error correction helps to guard against errors to a greater degree so that the data or computer application stored on the CD read only memory disc is better protected.

The stability of CD read-only memory discs is the same as for audio CDs since the disc construction and materials used are the same. The projected lifetime CD-ROMs and other read-only CD format discs is 50 to 100 years if stored under good conditions.