The first Blue ray movies (or Blu-ray movies) were introduced into the marketplace in 2006. These movies are excellent quality productions and provide high definition video at 1080p resolution. This quality is substantially higher than the standard DVD resolution of 480i. A progressive scan DVD player can output at 480p.

Despite the excellent quality movies that Blu-ray discs provide, they did not take the marketplace by storm. There are several reasons for this. First, the cost of the movies and players was very high initially as is the case when new technologies are first introduced. Next, there was a limited selection of Blu-ray movie titles to choose from in the early days of this format. In addition, many consumers still had older 4:3 television sets and jumping into Blu-ray technology would provide no benefit to them. There was also competition from the HD DVD format for the high definition movie market. This confused consumers and many did not move into the HD movie market because of the uncertainty created with two incompatible formats competing against each other. Finally, consumers were quite happy with the quality of DVD movies overall and did not feel a need to pay more for even better quality.

However, the DVD movie format did not suddenly disappear and Blu-rays did not dominate the marketplace simply because Blu-ray was introduced. This point is emphasized in the bar graph showing U.S. consumer spending on DVDs and Blu-rays from 2010 to 2015. In 2010, spending on DVDs was much greater than for Blu-ray movie discs. This is understandable as the Blu-ray format was still new.

Over the next few years (up to 2015), DVD spending decreased, but spending on Blue ray movies stayed essentially the same. There was no large increase in spending on the Blu-ray format, as is normally the case when one format replaces another in the marketplace. Therefore, the loss of marketplace share of DVD was not taken up by the Blu-ray format but by other factors as discussed in the next section. 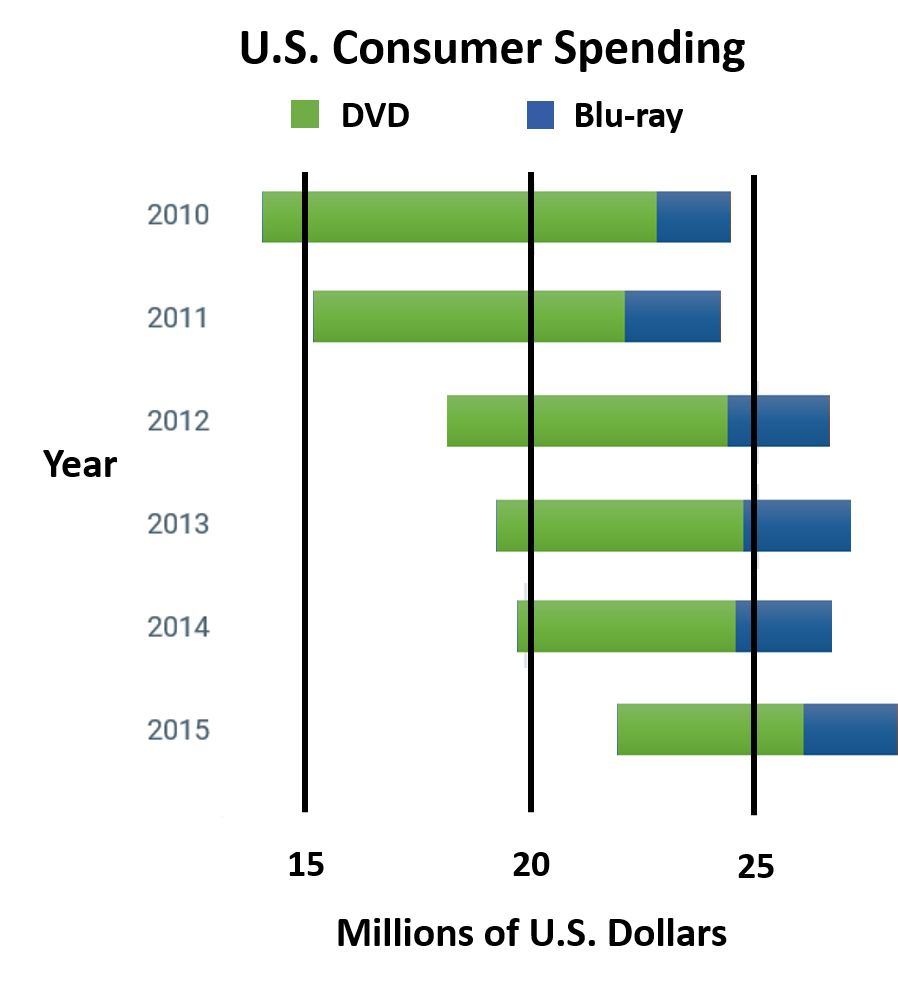 This is also illustrated by this graph of DVD versus Blu-ray revenues in the United States. The same trend mentioned above up to 2015 is noted. Beyond 2015, the prediction is more decline in DVD revenue albeit slower. However, Blu-ray sales are not predicted to grow but essentially remain steady for a few years before starting to drop off. 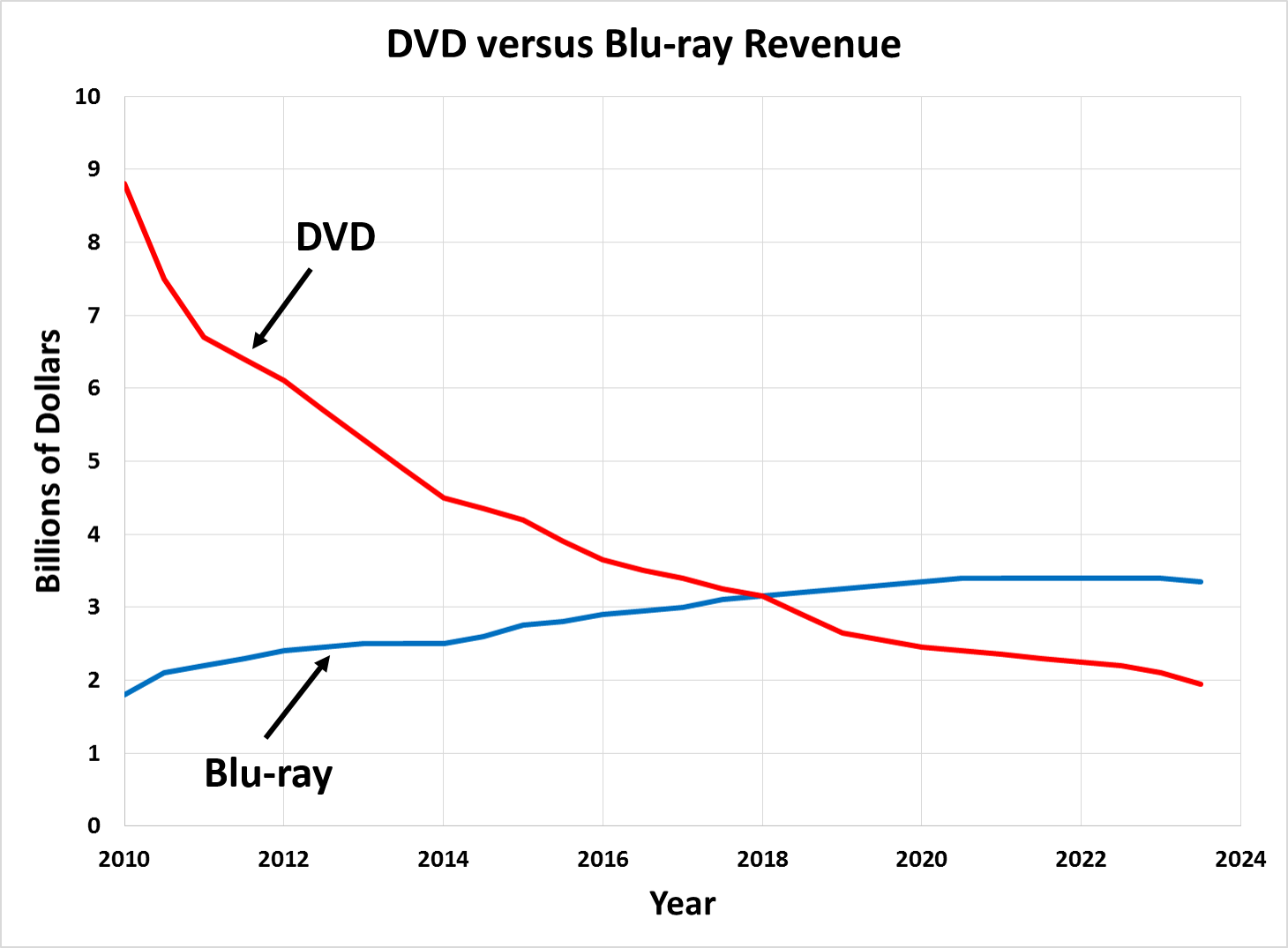 The Future for Blu-ray Movies

Many individuals are moving towards streaming movies from providers such as Netflix for their entertainment choice. With the popularity of SMART TVs, this is becoming even more convenient for movie watchers. Because of this trend, the demand and sales of Blu-ray movies is not expected to rise in the future. If anything, there will start to be a decline.

In addition, the trend now in terms of home television viewing is Ultra High Definition (UHD) or 4k resolutions. The Blu-ray resolution is considered only High Definition. For UHD the resolution is 3840 x 2160 pixels, whereas for Blue ray movies it is 1920 by 1080 pixels. Comparing strictly the vertical resolution, UHD provides more than double what Blu-ray can provide. With this new resolution for movies and televisions that can accommodate the increased quality, this will impact Blue ray movie sales going forward.

Will there be a new physical format for movies? There is nothing on the horizon in terms of a format to replace Blu-ray movies. DVDs will likely be around in the marketplace for several years to come, as will Blu-rays. The future trend is definitely leaning towards streaming and downloading movies to other storage formats such as hard disks or solid state drives.