Circular Scratches on CDs and DVDs

Circular scratches and other types of scratches are the most common problems with optical disc media such as compact discs or CDs or digital versatile discs or DVDs. Blu-rays are more resistant to scratches because of an additional coating on the base side or read side of the disc.

Scratches may or may not affect how a disc plays and ultimately it depends on whether the error correction system associated with optical disc technology can handle the problems generated by a scratch or scratches. To simplify things, the type of scratch can fall into one of two categories: a radial scratch or a scratch that is circular.

A radial scratch is perpendicular to the direction of play (like a spoke in a bicycle wheel) and is less problematic because the error correction system can deal with these scratches easily. The errors created because of the radial scratch are random in nature as the disc plays and the optical disc technology efficiently deals with them.

Circular scratches follow the direction of play of the disc. Errors created when playing or reading a disc with small circular scratches are a challenge for the error correction system because there is a lot of damaged data in sequence, but generally the errors are correctable. Large scratches in the circular direction are much more problematic and often lead to readability problems or complete disc failure.

Below you will find screen shots from the error analysis of a DVD disc with no scratches, radial scratches, and circular scratches to illustrate the effect that scratches have on the playability or readability of optical media.

Error analysis of a DVD disc with no scratches

The image below shows the amount of errors on the DVD when reading it from beginning to end. There are some errors despite no scratches on the disc. This is normal because the reading process is not perfect. This will occur with every disc, even those in excellent condition. However, the error correction systems associated with optical disc technology deals with the misreads so that the data outputted is as it should be. 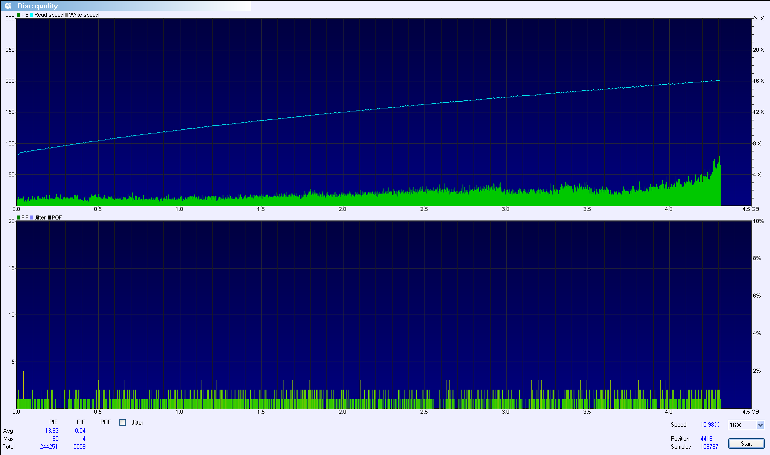 Error analysis of a DVD disc with a radial scratch

From the image below, it is evident that there is a slight increase in errors when comparing this screenshot of the error analysis with the one above (i.e. no scratch analysis). Both the top pane and bottom pane of the screenshot indicate different types of errors and in both cases the radial scratch has caused a slight elevation in the amount of errors. 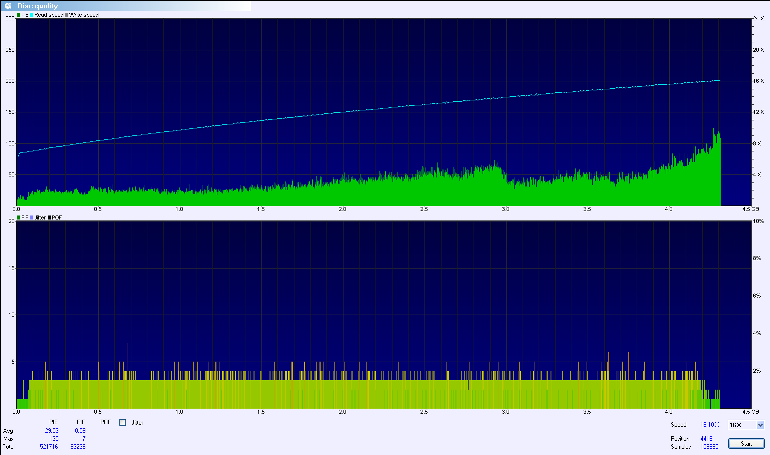 Error analysis of a DVD disc with a circular scratch

As is evident from the screenshot below, the circular scratch has caused a large spike in errors. In fact, the red section in the bottom pane indicates a critical state of uncorrectable errors. Even though the circular scratch was the same length as the radial scratch in this sample, the effect on the disc was significantly different and much more detrimental. 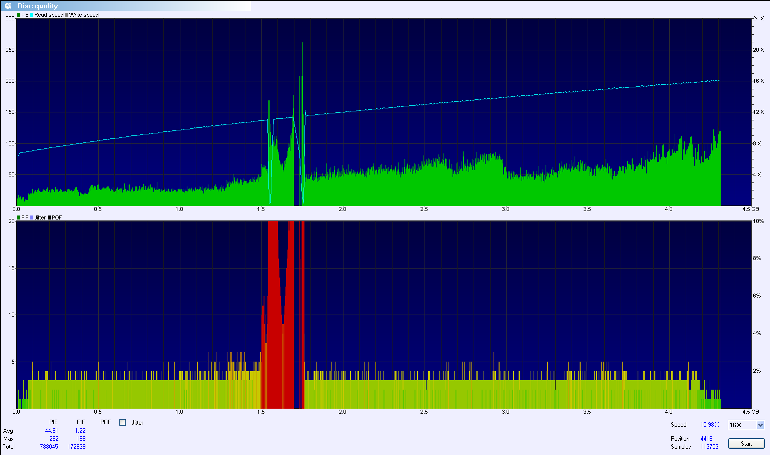 The types of CD or DVD optical disc scratches discussed above are generally caused by poor handling. An example of poor handling is not storing the discs in jewel cases when not using the discs. When left on desks or piled on top of each other the discs often get scratched. Storing discs in paper or plastic sleeves can also cause circular or radial scratches. These occur when inserting or removing the discs from the sleeves and the disc surfaces rub against the sleeve and/or abrasive debris within the sleeve. Cleaning, such as wiping with an abrasive cloth often causes scratches. Even if using the proper soft wiping cloth, scratches on CDs and DVDs and other optical media may still occur if debris exists under the wiping tissue. Avoid wiping as much as possible and only use when necessary.

The image below shows scratches that are a little bit different than poor handling type scratches. These scratches, often in the form of concentric circles, occur inside the CD or DVD player or drive. 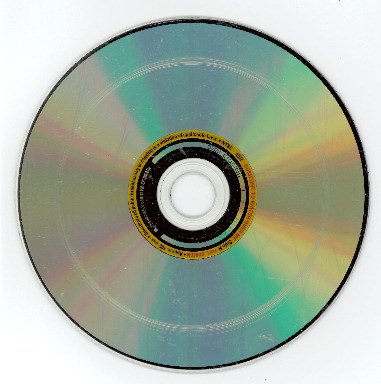 There are several possibilities as to why these scratches can occur. First, the lens in the drive is very close to the disc surface when a disc is spinning and played or read. The lens does move up and down slightly. If there is two much vibration or the equipment is jarred while the disc is being played, then the lens may contact the disc and scratch it. If the disc is slightly warped, this may also lead to lens and disc surface contacting each other. Another possibility is that equipment does get dirty. Debris on the lens can lead to contact with the spinning CD or DVD and the formation of the scratches in a circular pattern as illustrated in the image. Finally, other debris on the tray of the drive or player may be large enough to scratch the disc while it is spinning. Therefore, if these scratches appear on an optical disc, it could be that the drive is contaminated with debris, there is debris on the lens of player or drive and a lens cleaning disc is required, the disc is warped to some degree, or the drive is malfunctioning and allowing the lens or other parts in the drive to contact the disc.

Fix Scratches that are Circular

If you have a disc with the circular scratches shown in the above image, then the only plausible fix is to use scratch repair equipment. This equipment sands the plastic base of the disc to the level of the scratches and then repolishes the disc. This fix for scratches in a circular pattern does not always work because the scratches are often severe, but is a better option than the other scratch fix techniques mentioned such as liquid polishes and liquid fillers.