The laserdisc was essentially the first optical disc format and it targeted the home video market (viewing of Hollywood movies at home) and other video applications such as training for institutional and industrial uses, music videos, etc.

A brief competitor to this format was the Selectavision disc or CED (Capacitance Electronic Disc). This analog videodisc was developed by RCA and basically played like a grooved vinyl record album i.e. it used a needle and groove system. However, this format never really gained any marketplace share and never threatened the popularity of the Laser Video Disc.

It was first demonstrated in 1972 and then formally introduced into the marketplace in 1978 by MCA/Philips. It is a read-only format disc or in other words the information is placed on the disc at the time that the laserdisc is manufactured and no other information can be added or removed from the disc afterwards.

In addition, although not as popular, a recordable laser video disc (known as RLV) was developed and is shown in the image below. In this case, a dye is used to store the digital information and this disc is easily identifiable by its characteristic violet/purple color. 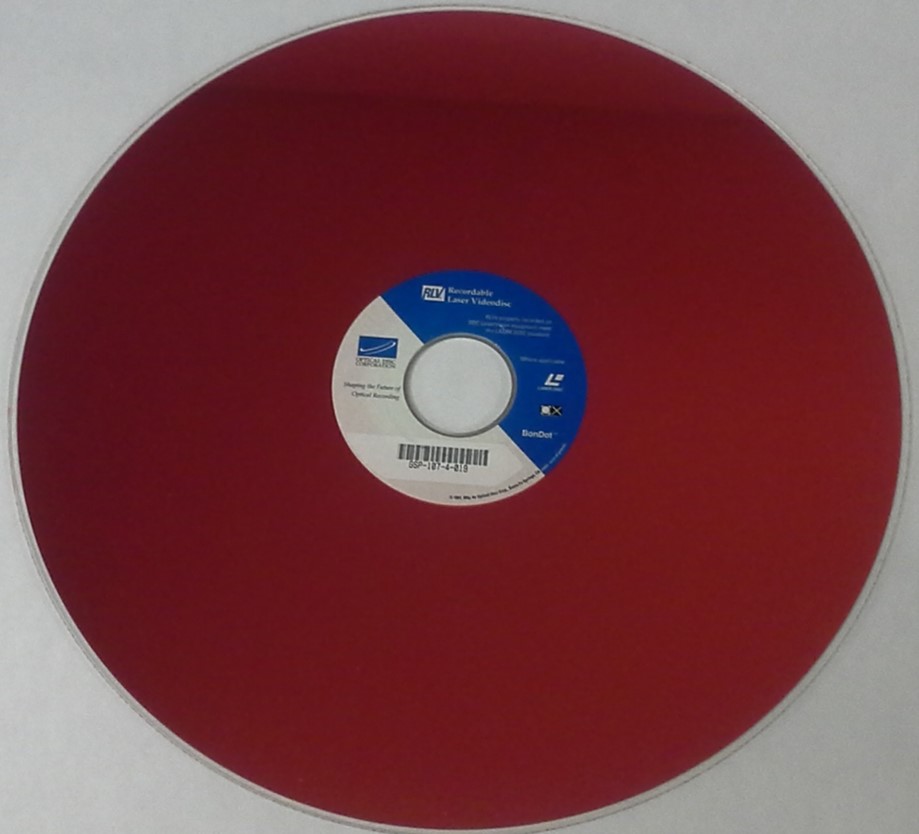 There are many other names that are used to refer to this type of laser optical disc. Some of these names are:

Characteristics of the Laser Videodisc

This disc was an improvement in video quality over other home video options at the time namely VHS and Betamax. LD offers 425 lines of horizontal resolution for NTSC video compared to 240 lines for VHS video. For further comparisons, a DVD movie has 500 lines of horizontal resolution. These discs also provide random access to different chapters of the movie. This is not available with VHS which requires fast forwarding or rewinding for searching, functions which are significantly slower. Another important advantage of these laserdiscs over videotape is that there is no physical contact between the reader and the media, which decreases wear and tear on the media with continually use.

Laserdiscs in the Marketplace

LDs were never really able to overtake VHS in terms of use and popularity. This was partially due to the lack of familiarity that consumers had with optical formats. Another reason was the higher cost of the technology when compared to VHS. Finally, VHS could record as well, which made it a more attractive format. With the introduction of the DVD movie disc in 1997 and the rapid adoption of this format, Laservision discs and the technology were driven out of the mainstream marketplace. Nowadays there is still a niche market for this format but laser videodiscs and players are no longer being produced. Pioneer ended laserdisc player manufacturing in 2009.

The structure of the LD is a two sided disc with molded pits in the plastic layer that store the information as is the case for other read-only discs. See this page for more discussion on the storage of information on read-only discs. An interesting feature for laservision discs is that although they use pits to store the information both the audio and video were initially stored in analog form. All other optical discs use the pits to store digital information. Later digital audio was incorporated in these laser optical video discs. To complete the disc structure, a metal aluminum layer coats the plastic base and this metal then has a protective coating applied onto it and possibly a label on top. Some discs are only single-sided with the other side simply being a dummy substrate.

Sized of this Optical Disc Format

The standard size for the laserdisc is 30 cm or close to 12 inches. A photograph of a 12-inch disc next to a standard CD is provided below. 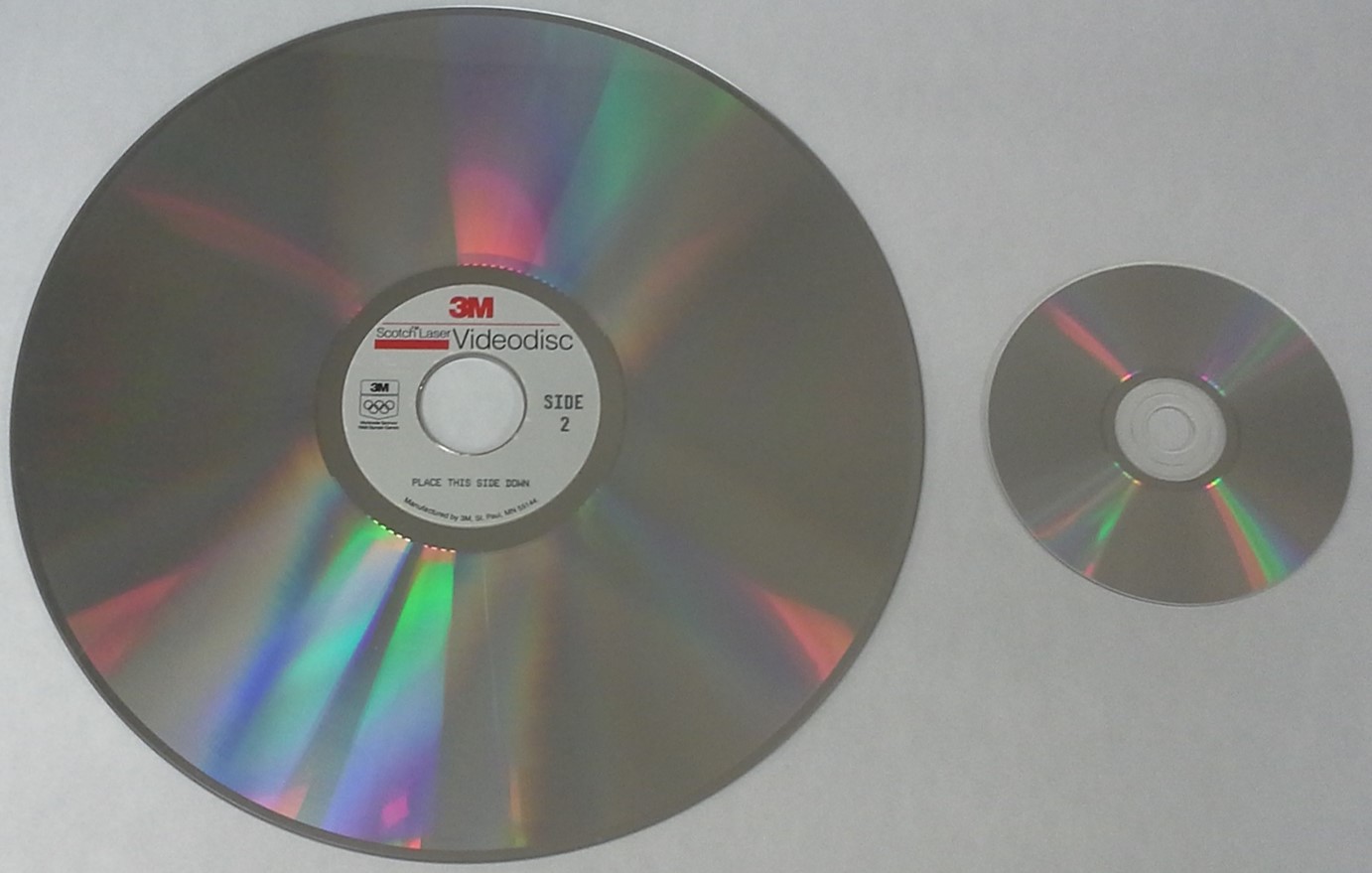 They basically were produced in two versions such as Standard Play (30 minutes of audio/video per side) and Extended Play (60 minutes of audio/video per side). Most players require flipping of the disc to play the other side, although some two sided players were manufactured. Around the mid-1980s after audio CDs were established in the marketplace, laser video players were introduced that could also play the much smaller CDs. A couple of other laser video disc sizes were also available, a 20 cm or 8 inch disc which can hold 20 minutes per side and a 12 cm disc, known as the CD-V or CD-video disc and can hold 5 minutes of video.

The term laser rot or disc rot was first associated with the deterioration of laser video discs. Several of the discs that were manufactured, especially the early ones, suffered from corrosion of the metal aluminum layer from atmospheric oxygen and pollutants due to poor protective layer quality, which allowed these oxidizing elements access to the metal layer. Some speculate that the adhesive used to bond the two sides of the laserdisc together is the principal reason for the metal layer corrosion. Once this metal layer is altered, the videodisc can no longer function as required.